At the tender age of 62, in June of 2014, something jolted my religious attention.  For the next six months, I was consumed with studying LDS church history and doctrine.  Literally, 3 to 5 hours were spent everyday reading, researching and ruminating.  By November, I had reached a shocking conclusion about beliefs held my entire life.  Up to that point, my spiritual knowledge had been rock solid.  It could be described as certainty.  Frequently, I had repeated the phrase “I KNOW that ________ is true.”  In fact, I “knew” that everything was TRUE about the Mormon church.

In a poignant and sobering moment, that fateful November day, I realized that I “knew” nothing.  Nothing was certain.  Confusion.  Disappointment.  Sadness.  Anger.  Loneliness.  All these emotions swept though my mind.  Other than continuing to search and study, I didn’t know what to do.  Anger continued to build.  It frightened my wife and family.  For a time, it harmed our relationship.  Of course, that was my fault.  I recognize that and have worked to correct and control the anger.

After a few attempts to discuss issues with church members, it became clear that this was not a good idea.  A loneliness started to creep in.  It appeared that I was the only person in my circle of family and friends who was traveling this path.

Paul said, “Whether there be knowledge, it shall pass away.”  Oh my goodness!  That’s just what had happened to me.  My knowledge, my certainty had just passed away.

Paul goes on, “When I was a child, I spake as a child, I understood as a child, I thought as a child: but when I became a man, I put away childish things.”  Oh my goodness!  He was describing my journey from childish “knowledge” to speaking, understanding and THINKING, like a man.

Paul continues, “For now we see through a glass, darkly.”  Oh my goodness!  I’m following in Paul’s footsteps.  For 62 years, my religion was crystal clear.  Now, clear as mud.

Paul concludes, “And now abideth faith, hope, charity, these three; but the greatest of these is charity.”  This was something I could wrap my head around.  For me, certainty no longer was part of my belief system.  Why should I put my trust in ‘knowing’ when Paul teaches it will vanish.  I was determined to put my faith in faith.  My hope in hope.  And strive for charity.  But it would take another year before settling on a comfortable path comprising these three abiding gospel principles. 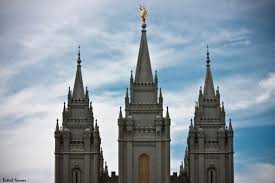 I continued to study for hours everyday.  The obsession to find answers was as unrelenting as fly paper.  By the summer of 2015, I’d decided to delve into the pinnacle of Mormonism: The temple.  Not only are the sealing ordinances at the apex of our doctrine, they are also unique in all of Christianity.  The temple experience consists of two beautiful teachings.  First, that we can be ‘sealed’ to our loved ones, with the promise that we will be with them in heaven forever.  Second, that all mankind will have the opportunity to go to heaven regardless of whether or not they had ever been taught of Jesus Christ while on earth.

These blessings are not guaranteed.  Their realization is contingent on keeping the covenants that are made in the temple.  Hence, the temple covenants become the centerpiece of what the temple is all about.  From the pulpit, encouragement to keep these preeminent promises is constantly preached.  Now at age 63, I realized that I didn’t fully understand them.  I had lots and lots of questions.  And, as I pondered, more and more covenant questions kept coming.

Over the next 3 months, I started researching.  I asked, discussed, probed.  No one, and I mean no one, had answers.  Almost without exception, as I continued to ask questions, this response would eventually rear it’s ironic head, “Sam, why do you even care?”  What???  Why do I care about what the temple covenants mean???  Really???  Initially, everybody said they understood their meaning.  With the shallowest interrogation, NOBODY had answers.

This experience was highly disappointing.  Especially, the attitude that temple covenants are not to be discussed outside of the temple.  If you have questions, you should set an appointment with the temple president.  He’ll give you the answers inside his temple office.

My observation & conclusion:  Before we make the covenants, we can’t discuss them.  We  don’t understand them when we actually make them.  After the promises are made, we can’t discuss them.  And, finally, NOBODY knows what they really mean.  If keeping our temple covenants is so vital to eternal salvation, you’d think we could & would devote tons of time to understand exactly what the heck they mean.

Frustrated with my temple covenant quest, I decided to take a look at Christianity in general.  I bought books, studied online, listened to debates, and watched videos.  I LOVED much of what I heard.  Also, I was turned off by much.

Through January 2016,  I was still consumed with reading, listening, and now writing.  But, my gut (my turning stomach) was telling me that enough effort had now been spent on gathering my thoughts.  It was time to trim the sail, adjust the rudder and start sailing a purposefully chosen course.

Leave the church.  Do nothing.  Stay in. Stay silent.  Embrace Christianity.  Embrace atheism.  In hindsight, I think that I already knew what I was going to choose.  But, it took another month for a clear path to emerge from the fog. 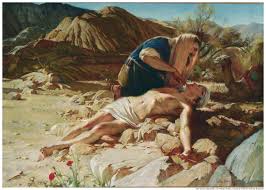 I was raised Mormon, just a few miles north of Salt Lake City.  The church, prophets, priesthood, temple, Book of Mormon and  plan of salvation had always been taken for granted as true.  I ‘knew’ they were true.  Now, I ‘knew’ nothing.  Never, ever had I considered that faith could be a choice.

It was February 2016, at the tender age of 63, when the choice opportunity had presented itself.  The choice chance to choose for myself.  I was free to think as an adult.  Finally, as a rational man, I had put away childish things.

My decision:  Follow Jesus Christ, both his teachings and example.  How could I not select this path?  To me, it has divine appeal.

My choice choice is to follow the lowly son of a carpenter.  The humble & homeless teacher, who had nowhere to lay his head.  He came from and lived at the margins of society.  His focus was ministering to the marginalized.

I have chosen to follow Jesus in the Church of Jesus Christ.  The church that has been my home for 63 years.  The institution to which I have dedicated much blood, sweat, tears, time & treasure.  The church is not perfect.  Far from it.  But, I and my family have derived significant benefit from our membership.  I love the church.  I love Jesus more.

This may not sound like a faith transition.  For me, it is a cataclysmic change.  I have chosen to follow Jesus.  Although, I am a member of the church, I recognize that the institution is not my salvation.  I listen to the prophets.  They are good men.  Men selected by my Savior. But, they are men.  My Lord has instructed me to not put my trust in the arm of flesh.  In my past life, I had fallen victim to worshiping the prophets.  I hung on their every word, willing to believe and obey all directions flowing from their lips.  Today, I put my trust in Christ, willing to follow the church leaders when they align with the directions flowing from Him.

It turns out, this path is more difficult than expected.  I’ve encountered unexpected push-back. That’s OK, because this path is working for me.

Does Jesus really exist?  I don’t know.  ‘Certainty’ is no longer important to me.  I don’t view it as a principle of His gospel.  Rather,  His touching teachings and eloquent example beckon me to follow.

34 thoughts on “My Choice Choice”