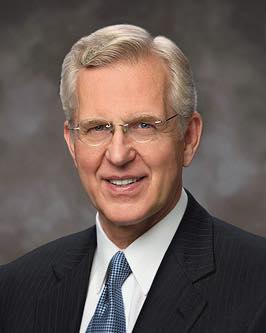 On Sunday, June 24th, my stake president sent a message asking for a meeting.  I responded with a request for the topics to be discussed.  His executive secretary provided the agenda and the meeting was set for June 26th.

Here are the points on his agenda

Right at the outset, the stake president said that asking for the topics was a good idea and he was glad that I had.  He also said that he didn’t feel good about how our last meeting ended up.  It didn’t feel right.  You can read about that interview in the article Sam: Protect The Children!  Mormon Church: Apostate!

My bishop was also in attendance.  Right at the outset of this blog, I want to say that both are very good men, working hard to serve the members of their congregations.

Here’s the essence of the meeting.

Our most recent stake conference was on May 20th.  Elder Christofferson, an apostle in the LDS church, was the visiting authority.

The stake president informed me that during the behind the scenes meetings, my name had come up 3 times.

First:  One of the stake presidency counselors asked if the apostle had heard of me.  Elder Christofferson said yes.  Then he asked about the magnitude of people leaving the church.  For a good while, I have been trying to raise the alarm in my ward and stake that we are losing lots of good people.  In my ward alone, 42 people have left the Church over the past 3 1/2 years.  Elder C’s response was that there has been no increase in the number of people leaving.

Second:  Later in the day the apostle asked, “How is Sam’s family doing?”  The stake president said that he came across as sincere and caring.  I really appreciate that heartfelt concern for my loved ones.

Then Elder Christofferson provided a little warning:  Be careful.  It’s not a good to place yourself between the Lord and his prophet.

Finally, he wanted the stake president to share this metaphor: “If you have a scratch on your arm, you put a band-aid on it.  You don’t cut your arm off.”  No further explanation was given.  The president said he had some ideas of what it meant but, we didn’t discuss them.  When I got home, it’s meaning dawned on me.  There may be a scratch in our interview policies.  A band-aid would be the appropriate remedy, not doing away with youth interviews.

I was asked to read the following three scripture passages…out loud:

29 For verily, verily I say unto you, he that hath the spirit of contention is not of me, but is of the devil, who is the father of contention, and he stirreth up the hearts of men to contend with anger, one with another.

30 Behold, this is not my doctrine, to stir up the hearts of men with anger, one against another; but this is my doctrine, that such things should be done away.

15 Thus did Alma teach his people, that every man should love his neighbor as himself, that there should be no contention among them.

9 And blessed are all the peacemakers, for they shall be called the children of God.

He then asked, “What do you think of those scriptures?”

These are great scriptures.  Thanks for given them to me.  They caused me to reflect on all the scriptures where contention WAS appropriate and how to reconcile them.

For example, here’s what Jesus said in Matt 10:34:  “Think not that I am come to send peace on earth.  I come not to send peace, but a sword.”  I don’t think he came to bring discord.  He spoke the unvarnished truth in open criticism to church leaders.  This fomented contention up to the point of the Church leaders killing Him.  Speaking truth can cause people to react with contention.

When the temple was being desecrated, Christ contended violently with anger and whip in hand.

Here’s what Jesus had to say about children in Mathew 18:6, “But whoso shall offend one of these little ones which believe in me, it were better for him that a millstone were hanged about his neck, and that he were drowned in the depth of the sea.”  That is not gentle.  With a harsh warning, the Lord was contending for the protection of the precious children.

Listen to what Jesus says in Alma 43:47, “And again, the Lord has said that:  Ye shall defend your families even until bloodshed.”  We are urged to stand up for our children and wives even unto bloodshed.

Reading your scriptures forced me to compare and ponder.  For me, taking the position that all contention is of the devil doesn’t make sense when considering that Christ’s ministry was full of contention and encouragement to contend for what is right.

Maybe the difference could be contention for contention’s sake  is of the devil.  But, taking a moral position is not stirring up anger for anger’s sake.  It’s standing up for what is right.

As for anger, I view it differently now.   It is an emotion that is often totally appropriate.  Christ exhibited righteous anger.   Just a few months ago, the Apostles expressed that they felt the same anger over the Joseph Bishop rape scandal as the members do.  If Christ and the apostles can righteously experience anger, then that’s an example I should be able to emulate.

I’m glad you included the scripture on being a peacemaker.  One of the amazing things that I’ve witnessed over the last many months is the peace and healing that our cause is bringing to many many people’s lives.  People who were harmed as children are experiencing validation, empathy, credibility, and a safe space to share their story, often for the first time in their lives.  It works towards peace to see people stand up and say that what happened to them was wrong.  It brings healing to see people advocate for changes.

While we’re in the scriptures,  you’re familiar what it says in D&C 58:  “Men should be anxiously engaged in a good cause, and do many things of their own free will, and bring to pass much righteousness; And inasmuch as men do good they shall in nowise lose their reward.  But he that doeth not anything until he is commanded, the same is damned.”  That scripture means more to me now than it ever has.

I think this is where the core of their concerns reside.  Over the past 2 months, I’ve born my testimony at both Fast & Testimony meetings.  Apparently, many people made a beeline to the bishop’s office and expressed their discomfort.  My remarks have caused the spirituality of the ward to suffer.  People are on pins and needles as to what I might say next.  What I’ve said both in testimony and in priesthood quorum is creating separation in the ward, not unity.

My  comments that could be perceived critical rather than supportive should not be made at church.  They are appropriate on my blog and other venues, not at church.

I think this is a fair point and I agreed to moderate my utterances to not disturb the spirit of worship at our meetings.

I really wish that we could all approach this like adults.  If someone has a concern, wouldn’t the mature thing be to talk with me personally, rather than running to an already over-burdened bishop?

BTW, the 2 testimonies in question are shown at the end of the article.

As the meeting concluded, the stake president surprised me by bringing up a personal matter.  I won’t give the details because it is personal.   After discussing it, the SP apologized for the misunderstanding.  It takes a meek and humble Stake President to apologize to a rank-and-file member.  The level of my esteem for him elevated in that moment.

Testimony May 6, 2018—Protect the Children

I love teachings and example of Jesus Christ.

We have a new President of the church.  I love that it was President Nelson who gave us this instruction:

“Stand up and speak up for truth…especially when it’s unpopular.”

Over the past year, I have stood up and spoken up for the protection of LDS children.  Our bishop and our stake president have spent hours listening to my concerns.  I really appreciate that.

Right here, in my own ward, there are now 28 members who support Protect The Children.  Thank you.

In the name of our Savior, who commissioned all of us to protect our little ones,  Amen.

Last month I shared my testimony of the teachings and example of Jesus Christ. I took some flak for not having mentioned the restoration or the prophets.

Today, I’m going to correct that.

I want to give our current crop of apostles and prophets a strong shout out of support. Last Friday, the church held an event to officially celebrate the 40 year anniversary of the reversal of our church doctrine that forbid black men from receiving the priesthood and prohibited both black men and black women from entering the temple.

This ban on church privileges was lifted in 1978. I had the honor of sitting in a Houston chapel during general conference when Elder N. Eldon Tanner presented the lifting of the ban for a sustaining vote. My hand was proudly raised in support of changing our policy. This is a great example of the Law of Common Consent in action. All policies and major decisions are supposed to be presented to the membership for approval or disapproval. I love this empowering element of the restored gospel. So, there’s my full-throated endorsement of a glorious principle that came directly as a part of the restoration.

Now, I want to express my appreciation and respect for our current apostles and prophets. 4 years ago, the apostles did something very gutsy that no top leadership has ever done before. They published an essay on LDS.org entitled Race and the Priesthood. It condemns our past racism. It disavows our past racist doctrine, teachings and practices. That’s a disavowal and condemnation of what all the past prophets and apostles from Brigham Young on have taught regarding black people being cursed with a dark skin. Halleluiah!!!

Unfortunately, until 4 years ago when this essay was published, I completely believed our racist teachings that are now officially condemned.  I’m glad that the church celebrated the lifting of the ban.  However, I wish that there had also been an official full-throated apology for our past racism.

I’m sorry that these disavowed practices, which I fully supported, marginalized an entire race for 150 years within the church of Jesus Christ.

I offer this apology in the name of Jesus Christ, Amen.