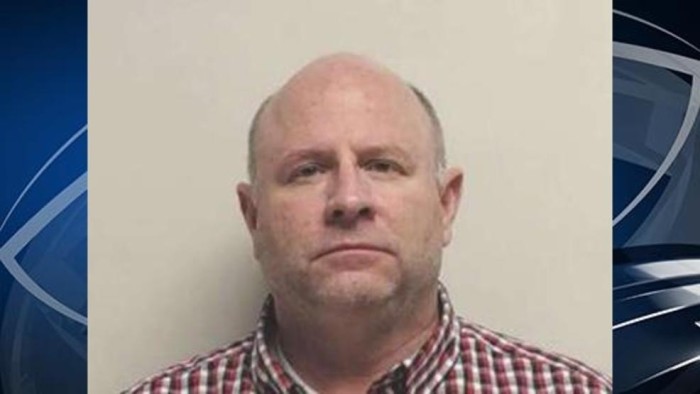 Today as I drove to work, I felt this wonderful God-given emotion well-up.  It’s been awhile since ire has made its appearance.  When it comes, I now embrace it.  It motivates me to action and creativity.

Where did this anger come from this morning?

I continue to receive stories everyday.  Sometimes to share on the website.  Sometimes by PM or email which is not meant to be shared.  The anger boiled up as I contrasted the devastation done to countless children and the deadly silence from the Mormon Church.

They come out with asinine revelations like every time the nickname ‘Mormon’ is used it’s a victory for Satan.  THAT IS STUPID.  Trivial statements like this reveal the emperor’s nakedness.

Yet, their so-called communications with God leave policies in place that facilitate self-hatred among our children.  They offer no apology for the vast damage done.  No validation.  No recognition.  No discussion.  Instead–PRIDE. ARROGANCE. HUBRIS.  Showing supreme hypocrisy in their claim that they speak for Jesus Christ himself.

I was already angry this afternoon when I received notice that a sitting bishop in Utah had been arrested in a human trafficking sting.  Here’s a quote from the Police Department’s  news release about this bishop.

“Moss has recently served as a leader of a local religious congregation, which also allowed him contact with vulnerable individuals who could be exploited.”

The police understand the danger and noted it in their release.  When will ALL MORMON PARENTS get it?  When you allow your children to be interviewed all alone about sex, you are serving-up your vulnerable and precious ones on a silver platter for possible abuse, dreadful damage and years of recovery.

DO NOT ALLOW ANY ONE-ON-ONE INTERVIEWS WITH YOUR CHILDREN.  DO NOT ALLOW THEM TO BE INTERROGATED WITH ANY SEX QUESTIONS.  EVER!!!*

*Unless it’s by a professionally trained counselor.

Climb a Mountain, Save a Child 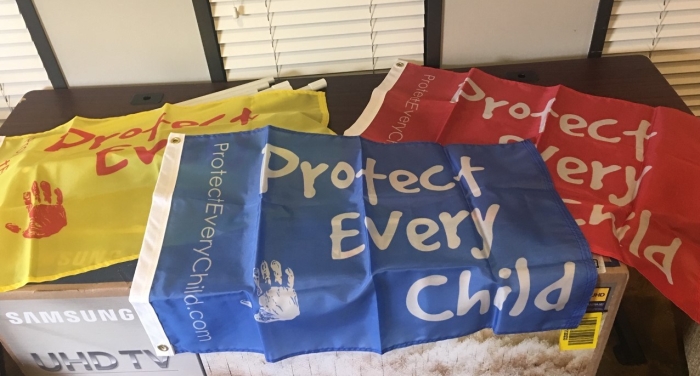 I’m also angry that the church is so obstinate in their refusal to protect children that I feel forced to continue fighting for change.  So be it.  This year we will fight for change in every denomination.  Sex abuse scandals are coming to light everywhere.  I really appreciate the Houston Chronicle’s in-depth investigative article into the problems of the Southern Baptist Convention.

With anger at my back, I’m going to climb mountains to save children.  To raise awareness to the imperative need of putting safeguards in place in every church and every youth serving institution.

I haven’t yet posted the full details of plans for this year.  I will soon.  But there is news today:  The flags have arrived!!!  In their primary color glory.  We are working on the website and they’ll be available for purchase in a few days.  Of course, you can make your own.

Make plans now to climb a mountain, a hill or a driveway and plant a flag.

The date for the coming march has been set and approved by the Salt Lake City permitting office.  Saturday, October 5, 2019.  This is history in the making.

Make plans now to be part of the 5,000 men, women and children who will unfurl flags from all around the globe in the streets of Salt Lake City.  This needs to be massive.  This will be massive.  Our children need for our voices to be loud, large & unmistakably clear.

Today, I had lunch with an old friend.  We feel quite a kinship for one another.   He’s a very faithful member of the Mormon Church.  However, he agrees with me that sexual questions should not be asked to kids. Here’s a snippet of our conversation.

LDS Friend (LDSF):  We are working with a family in my ward who are considering joining the church.

LDSF:  Do you think I should tell them about the youth interviews?

ME:  For me, my integrity would demand that I tell the parents about the dangers their children will face.  How would I feel when they confronted me after their children were interrogated behind closed doors?  I would feel complicit.  The only honorable thing to do would be to give them a heads up so they could make an informed decision about the safety of their children.

LDSF:  If I told them, I don’t think they would join the church.  Well, maybe if their testimony of the restoration was stronger than their concern for their kids.

ME:   Everybody outside the Church is repulsed by this practice.  They recoil when you explain that twice a year children are taken all alone behind closed doors by the bishop.  People are shocked and incredulous to find out that the bishop will then ask the kids about their sex lives.  I would tell anyone considering joining the Church that they should wait until the Church changes it’s policies.  Too many children have been horribly harmed.

LDSF:  Do you think that missionaries should tell their investigators?

ME:  Absolutely.  They shouldn’t be hiding something this important.

LDSF:  We might as well just bring all the missionaries home.  Do you think the church should do that?

ME:  Doesn’t that say it all?  You are afraid to tell the family that is considering baptism, otherwise they’ll change their minds.  You fear that if the 70,000 full time missionaries were to be forthright about worthiness interviews, they might as well all be brought home.  If the Church has to hide how they treat children, it should be a clear sign that it’s a very bad practice.

After 2 hours of cordial discussion, we hugged and parted as good of friends as we’ve ever been.

So, what to do you think?  Should Mormon missionaries inform potential converts about the Church’s current interview policies?

Climb a Mountain, Save a Child

We have big plans this year to continue to press for change.  And not just in the Mormon Church.  Nevertheless, the LDS Church will still be central to our cause.  They are the poster child of unsafe practices.

I have previously announced our plans in various places.  HERE’s one.  More detailed explanations will be published soon.

What Can You Do

This is a high and noble cause.  We are saving children, both in and out of the Mormon Church.

Last year, a THOUSAND people marched in the streets of Salt Lake City with bold and colorful signs.  It was magical.

Now imagine this fall:  FIVE THOUSAND men, women and children bearing banners from mountain tops around the world proclaiming a message of safety and healing.  That’s our goal–5,000!!!

PLDSC has a ton of preparation to do.  Two things that will happen soon to support you.

This will be an amazing adventure of a lifetime for all of us.