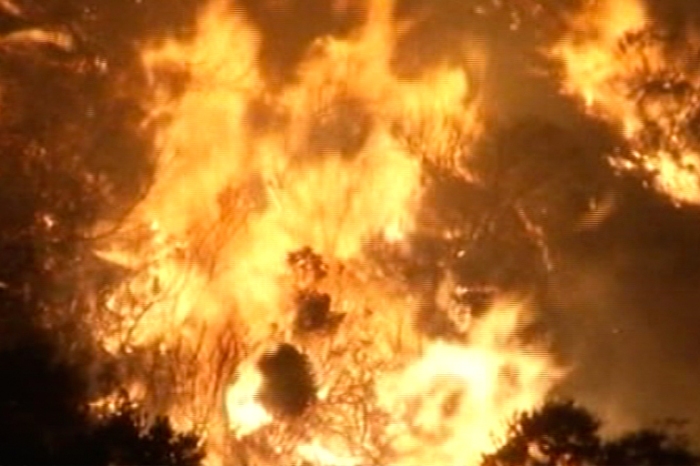 In 2018, the topic of a priesthood lesson in my local congregation was ‘revelation.’  The instructor used a story found in Alma 14:7-15.  In this passage an evil community rounded up all the women and children who believed in the “word of God” and cast them into a pit to be burned alive.

A prophet of God, Alma, and his companion, Amulek were brought to the edge of the pit to witness the horrendous pains of the innocents being consumed by fire.  Amulek called out to the prophet to save the women and children.  The prophet informed his troubled companion that he could not.  God had revealed His will.  Even though they had the power, these ever obedient servants were not to intervene.  The women and children were to be consumed in flames.  Although they were innocent believers, they must die so that evil people could commit evil acts to reveal that they were really really evil.

Oh what twisted & vile logic is presented here as an example of how God’s revelation operates.  This is not an admirable god.  Immorality, plain and simple, is purported as righteousness.  What a horrendous scripture.  What a savage and rotten god.

After the instructor’s presentation of the story, a conversation ensued about how this revelation was transmitted to Alma.  The moral of the immoral story was that God communicated through the Holy Ghost and that we too can receive revelation in the same manner.

As the discussion continued, I reread the passage.  I stewed.  My uneasy mind rebelled.  Finally, I raised my hand and said, “If I had the power to save one child, I would completely disregard god’s command.  I’d jump into that pit and pull out as many women & children as I could.”  The deliberation promptly ended and we moved to the next example of revelation.  It was much less egregious.

If I were in that class today, here’s what I would add to my comments.  “If god fussed at me for my disobedience, I would say to him, “You were going to burn these innocent human beings alive to facilitate depraved people going to hell!!!  You’re an evil bastard and I want no part of you or your kingdom.”

I have been asked,  Why do leaders and most members of the LDS Church turn a blind eye to all the abuse that occurs in the Church?  Why are pedophiles so often protected while victims are brushed aside?  Why did the presentation of thousands of horror stories behind bishop’s closed doors not incite appropriate policy changes?

Well guess what.  This attitude is taught and glorified in sacred Mormon scripture.  Alma and Amulek turned a blind eye to the cries of terror & pain as women and children were in the throes of a dreadful death.  These prophets are revered in Mormon culture.

Immorality at its worst.  If any story should be excised from the LDS canon, this is it.  Instead, they excommunicate those incapable of turning a blind eye.

May our society stop turning a blind eye to our children’s plight.  That’s up to us, you and me!!!

At the end of the scripture below, the screams of the women and children are finally silenced as their bodies are converted into smoldering embers.  The baddies then slap the prophets across the face and ask, “What say ye for yourselves?”

What a question!  Of course, they had no answer.  What they should have said?  “We have made a huge & tragic mistake.  We condoned evil to take place when we could have prevented it.  Our regret will dog us us the rest of our lives.  We beg for forgiveness.”

7 And it came to pass that he began to cry unto the people, saying: Behold, I am guilty, and these men are spotless before God. And he began to plead for them from that time forth; but they reviled him, saying: Art thou also possessed with the devil? And they spit upon him, and cast him out from among them, and also all those who believed in the words which had been spoken by Alma and Amulek; and they cast them out, and sent men to cast stones at them.

8 And they brought their wives and children together, and whosoever believed or had been taught to believe in the word of God they caused that they should be cast into the fire; and they also brought forth their records which contained the holy scriptures, and cast them into the fire also, that they might be burned and destroyed by fire.

9 And it came to pass that they took Alma and Amulek, and carried them forth to the place of martyrdom, that they might witness the destruction of those who were consumed by fire.

10 And when Amulek saw the pains of the women and children who were consuming in the fire, he also was pained; and he said unto Alma: How can we witness this awful scene? Therefore let us stretch forth our hands, and exercise the power of God which is in us, and save them from the flames.

11 But Alma said unto him: The Spirit constraineth me that I must not stretch forth mine hand; for behold the Lord receiveth them up unto himself, in glory; and he doth suffer that they may do this thing, or that the people may do this thing unto them, according to the hardness of their hearts, that the judgments which he shall exercise upon them in his wrath may be just; and the blood of the innocent shall stand as a witness against them, yea, and cry mightily against them at the last day.

12 Now Amulek said unto Alma: Behold, perhaps they will burn us also.

13 And Alma said: Be it according to the will of the Lord. But, behold, our work is not finished; therefore they burn us not.

14 Now it came to pass that when the bodies of those who had been cast into the fire were consumed, and also the records which were cast in with them, the chief judge of the land came and stood before Alma and Amulek, as they were bound; and he smote them with his hand upon their cheeks, and said unto them: After what ye have seen, will ye preach again unto this people, that they shall be cast into a lake of fire and brimstone?

15 Behold, ye see that ye had not power to save those who had been cast into the fire; neither has God saved them because they were of thy faith. And the judge smote them again upon their cheeks, and asked: What say ye for yourselves?

15 thoughts on “The Book of Mormon—Teaching Immorality”