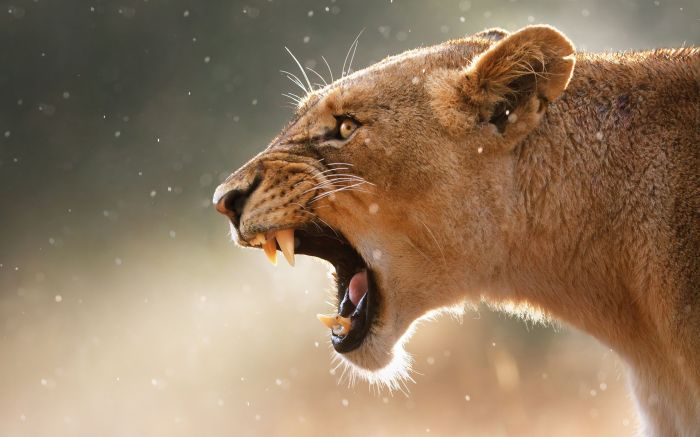 Thursday & Friday:  Consumed with media interviews and thousands of messages from supporters.

Tuesday:  My inner LION resurrects….first thing in the morning.

In the shower, Joseph Smith’s words came to mind.  As he considered his summons to Carthage, these famous words were penned.  “I go as a lamb to the slaughter.  I am calm as a summer’s morning.”  -D&C 135:4

Well…..this freshly showered human being is not going anywhere as a lamb.  I’ve taken off the sheep’s clothing.

Over the course of 4 decades, I’ve participated in many Disciplinary Councils.  That they were fair and just was always my observation.  As for the tribunal on the 9th, I view it much differently.

The church has set rules that I’ve never seen before.  NEVER.  Four decades of discipline and they have changed the rules for little ol’ me.  This court has blatantly been degraded to Kangaroo status.  My concerns were expressed to the Church  HERE.  The Church’s Kangaroo reply is found below.

Lion will still square off with Kangaroo in his kangaroo court.

Lion has Open-eyed Morality in his corner.  Kangaroo has Blind Obedience in his.

Lion will read Stories of Sacred Children.  Kangaroo will read the Handbook.

Lion will present 29 questions.  Kangaroo’s morality will be called into question.

Lion has the words of Jesus.  Kangaroo has the Millstone of Jesus.

Kangaroo hopes to silence Lion.  Silly Kangaroo.  Lion will NOT be silenced.

Yeah…Sunday will be a good day for Lion’s membership to die on Kangaroo Hill.

Thank you for confirming that you intend to attend the council scheduled for September 9 at 6pm.

In response to your questions, I intend to take 15 minutes, during which I will review your public statements related to the reasons listed in my previous letter for this council. I plan to be the only person speaking during this time. I also reaffirm that we will follow the other procedures outlined in my letter, and that I feel that the time allotted is sufficient for your response.

I intend to provide you with a copy of the confidentiality agreement no later than Friday of this week.

I reiterate my love for you and your family.

41 thoughts on “Lion vs. Kangaroo”