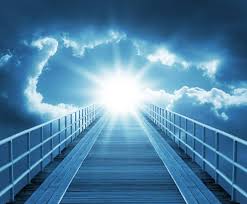 Three Years ago, I KNEW that God existed.  Today, it’s a beautiful hope.  No longer do I KNOW with certainty.  Fortunately, I have some backup from the Apostle Paul who said, “Whether there be knowledge, it shall vanish away.”

When I speak of faith in the religious sense, I only place it in Jesus Christ.  I have 64 years of experience to KNOW that His teachings and example contain the truth for how to conduct my life.

I hope that Jesus is real in every aspect.

I hope there is a God.

I hope that there is a life after this.

I hope to be with my family and other loved ones in the next life.

Regardless of whether or not the things I hope for are real, I will pursue what I KNOW to be true…the teachings and example of Jesus.

According to Paul, this is the greatest of the three abiding virtues.

I am working towards having charity for ALL.  Perhaps it’s the greatest virtue because it requires the most conscious effort.  It may be easy for others…good for you.  For me, I learn to love one group and then I realize I’ve started to love another group less.  It’s a work in progress.

Charity never faileth.  Often mine does.  When it doesn’t, I witness marvelous and majestic things happen.

Why I am I writing this today?  A video.

For my family and most of my friends, the concept of not KNOWING that God exists is startling, weird, and frequently off-putting.  I had similar reactions…to myself, as I felt my knowledge “vanish away.”

But, something beautiful has now happened on two occasions.  These occurences would have been impossible if I had not stumbled into Paul’s footsteps.  These two transcendent experiences would not have occurred if my knowledge had not vanished.  If I had not put away my childish things.

A couple of months ago, my wife and I saw the movie ‘Dr. Strange.’  One of the main characters had lived for centuries.  A pivotal scene arrived where she was about to finally leave her earthly existence.  It was poignant.  Tears came.  Then the thought, “How beautiful is the idea that there is a God.”  More tears.

Today, a son-in-law shared a video.  It was a compilation of family events from the past few months.  The center piece being the birth of their third child.  As I watched, tears flowed.  Then the thought, “How beautiful is the idea that there is a God.”  More tears.

All my life, I have taken for granted the existence of God.  My former KNOWLEDGE was a gorgeous childlike belief.  But never once had I experienced the overwhelming awe and wonder of the thrilling possibility that there is a God.  Now that my knowledge has vanished…Now that I have put away childish things…Now that I’ve become a man…It really is breathtaking to experience the abiding virtue of hope.  Time & time again.